Hello there! My name is Xavier ten Hove. I am 24 years old and I live in The Netherlands. I make games for over 10 years now! You can read my 10-year story below the introduction if you are interested in a long story of failing and making good come backs!

Currently, I am following a study at Breda University of Applied Sciences (in short: BUAS) about game programming! This is my second year and I have already passed my propaedeutic phase last year! My education is about making games with C++ on a professional scale. So, for example we have to make our own game engines and tools. My dream job will be running my own game company!

My hobbies are making games, going to the gym, drinking lots of coffee, trading stocks and when there is money in my pocket… I really like to go to metal/hardcore festivals! Speaking about music, my music taste is broad! You can make me happy with all sorts of music! From the hardest of metal, to Hardcore, to jazz, to blues and even when I am in a certain mood… I like to listen to very loud Opera!

I am kind of old school too! How much I love to play the newest games… My newest games are actually very retro! My newest games that I bought that are actually new are “Doom Eternal” and “Serious Sam 4”! So, what are actually the kind of games that I have been playing for years now… Well… GameCube games… Older PC games… Some PlayStation 2 games… And even… Some… PlayStation 1 games! I don’t know… The older 3D games are much more fun in my opinion! The good old games like Mario Sunshine and Mario Kart Double Dash just contain so much more charm. I kind of really miss those games these days. 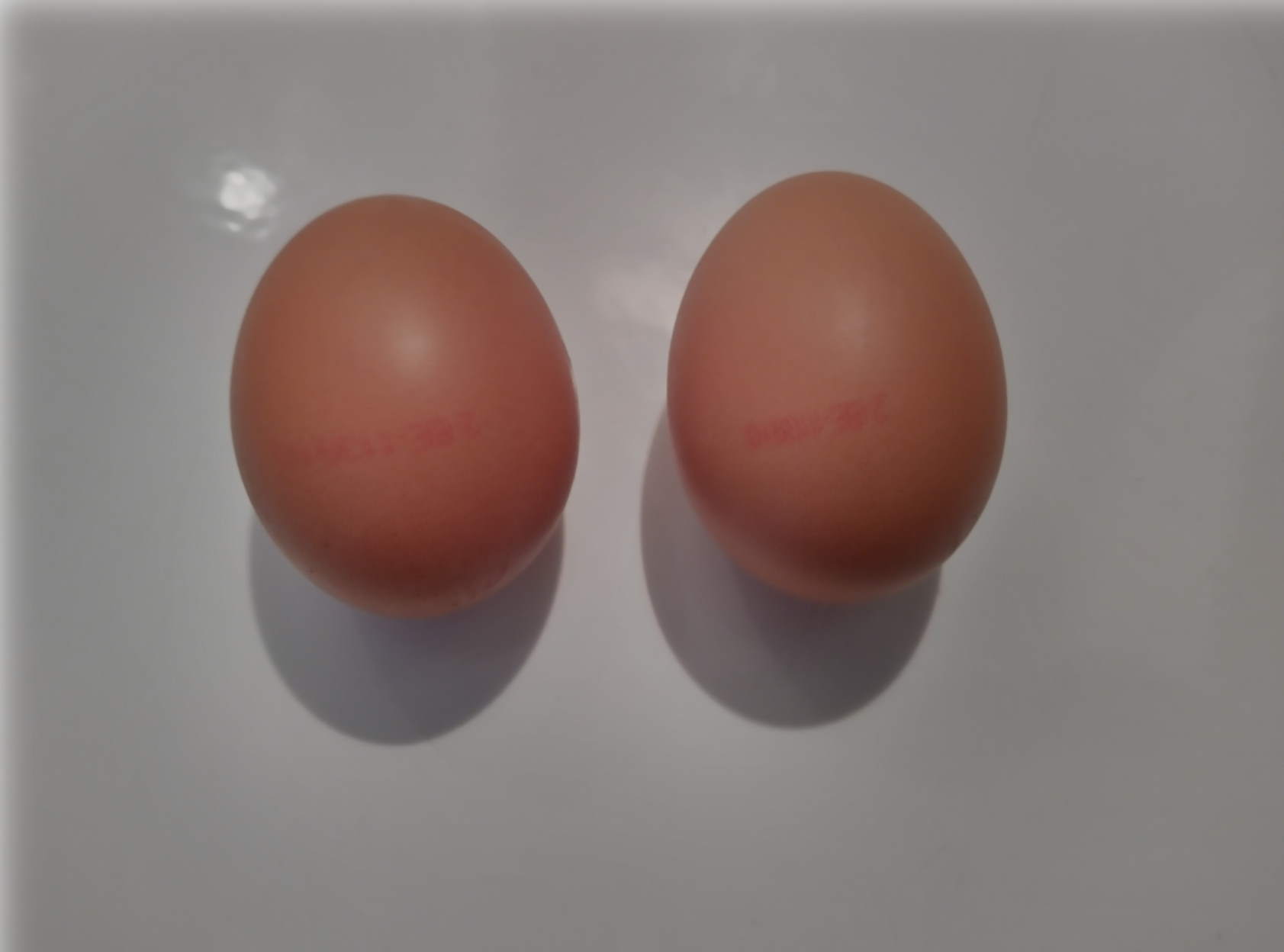 Level 1: When I found my passion.

When I was between the age of 3-4 years, I got in touch with my very first game: “Microsoft flight simulator”. I am not sure which one it was, but I am assuming 98. Shortly after, my parents bought “102 Dalmatian - puppies to the rescue“ for the PC for me. This is a charmy 3D platformer game! I was instantly hooked, and I really loved it! But the damage wasn’t done… Later that year… I saw the most magical thing ever in the world lying on a store its shelf… It was a purple Minecraft block called… The GameCube… That thing changed my life! When my parents bought it for me with “Mario Kart Double Dash”, I never knew that this red plumber would change me to the person that I am to this date! After a lot of fun and rematches, my parents decide to buy me one more game that really convinced me to become a game maker myself… And that was “Super Mario Sunshine”! (Best Mario game ever made! Where is my sequel Nintendo!?)

Kind of funny that a videogame about a red plumber that saves a weird world full of talking mushrooms can change a person like me! Since Mario Sunshine, I really wanted to make my own games. But with no knowledge on how to make it, I decided to grab paper and scissors to make my own imaginary ones.

When I was 11 years old, I met a guy named Guus van Wolde at a camping during my summer holidays. We had a chat about games. At some point he said: “I make games…” So, he showed me Game Maker 7! He made games like Banana Quest, which is an RPG game about a bubble that is going to save the world full of bananas. We made a small game together with Game Maker and since then I have made a lot of experimental games! It is quite sad that Windows 8 became a thing… Since I have installed windows 8 on my computer… I wasn’t able to make and play Game Maker 8 games anymore. On windows 8 the program constantly crashed. On the other hand, the later released Game Maker Studio did run fine, but I didn’t really fell in love with it. The old games that I imported mostly broke because of missing features and I already moved on in my life. I really miss it to be honest. Making games, uploading them to the internet and seeing people enjoying them. So sad that the Yoyogames sandbox website is also pulled from the internet.

When I turned 17, I started a new journey! I got accepted at the school: Grafisch Lyceum in Rotterdam! It is a MBO education about game/web/app development. Sadly, I thought back then that it was just a game programming education. This had to do with big miscommunications on the open day. There were a lot of VR and AR games/projects shown. A lot of people in my class at the time didn’t even noticed the web/app projects on the open day, just like me. On the web/app side, the education was fine. I am not going to lie! But the game stuff… Well… Just 2 hours per week of game development… Is way too short. Ow, and I had to learn Flash which wasn’t really supported anymore at that time (2015)…

Look, I don’t want to blame or let this education look like trash. But I want to be honest with you how I have experienced it. Also keep in mind that everyone’s experience is different. What works for one person, doesn’t mean it will work for everyone. So, don’t see this as any form of hate or negativity towards this education. I had a good time there too and the teachers were really nice and helped me where needed. But I am really disappointed because if I knew better, I could have gone to Grafisch Lyceum in Utrecht which does have a full game programming education.

Anyways, for me the education was really confusing. I had to learn 10+ coding languages through each other with all sorts of software. For some people this is fine. But for me… This was really confusing at the time. I got no experience with programming at all (except visual scripting in Game Maker). These days, I can easily pick-up other languages because I got a feeling for it. But at the time it was really confusing. Also, I didn’t like web development at all back then… I came there for game development. If the education turns out to be something completely different than what it was promoted, you can get quite sad and demotivated.

Luckily, I love game development and I really wanted to learn more and learn it right this time! Now, this is a “MBO 4” education. In the Netherlands, that is the highest degree in the lower degree section. After that, you can go for much higher educations. So, when I was done with this education, my next chapter was about to start… My current education.

At the moment I am studying at BUAS. It is a bachelor education about game programming. This education really wants to test my skills. So, one block I had to make retro games in the worst C++ framework you can imagine. This means no game engine involved. Just pure code. And the fun thing is, if you need a feature… You have to make it yourself! Think about loading a level, a scrolling effect for the game world its camera, well… The list goes on! They wanted us to improve on what we got provided. This really showed me a different side of game development. It was really hard for me to switch from the limits of game engine, to something I can customize myself. And to be honest, I really loved it. Limitations can inspire people to become creative. Games for the Nintendo 64 and PlayStation 1 did look really different from each other because their systems have both different advancements/limitations. It is sad that the newest generation of game consoles removes the most limits.

But this wasn’t everything. Here at BUAS, there is a very big focus on math. I was really confused that there was no math on the previous school for game development. So, I didn’t expect it to be a big part of game development. Well, I was proven wrong. One block on this school was to warm us up for what was coming. It was all about creating our own RayTracer with just C++ and our own math library. No graphics API’s or STD-libraries were allowed! This was my real introduction to vector math. (On my previous school, there wasn’t a focus on what it really is and why we need it. This alone could have really helped me to get much better understanding on how to make a lot of features. But on MBO’s, you regularly only learn how to use it partly, not how it really works). This block was also my very first introduction to algebra. Imagine creating a raytracer in 8 weeks… Having a lot of trouble with getting at least a sphere on my screen… And imagine that feeling when you decided to follow an algebra online course in the last few weeks and that suddenly, everything starts to click! What makes it even harder, you might ask? Well, everything is in English… So this really felt like learning everything all over again. Luckily, I passed that block and I have learned a lot from it!

But there was also a block that was all about cross platform development. We had to make a game for the raspberry pi (which isn’t a gaming machine at all in the first place). This meant that we had to optimize the game for the hardware. This was also our first introduction to the fact that we are basically alone if we are going to create console games. If you make a game for the Nintendo GameCube or PlayStation 4 or whatever you want, you are not going to find YouTube tutorial videos about that. You are basically alone because you are not allowed to talk about how the hardware works. There are rules involved, like keeping stuff secret to keep the company save. This was also the time that we had to switch to working from home. Corona had arrived in our country and this really affected everyone.

Block D was a different story. This was not my first introduction to working with game artists because I already worked with them at my internships. No, this was my first introduction to working with game designers and Scrum. We created our game in Unreal Engine 4. The game is about a mad witch that wants to throw people in a hellish pit! At the end of the block, we needed to upload our game to the website: itch.io.

Well, I can go endlessly about my history, but at some point, it has to end. This is the education where I really started to understand how to make games. And let there be many more stories to come! In the meantime, I will try to survive the third year and make some smaller experimental games in my free time. Hopefully someday, I will set up my own company and make the newest Doom/Tony Hawk clone/Mario clone! I want to thank you for reading my story and hopefully we will meet each other someday!