This project is about my third-year school project that I made together with my team of 30 people to create one game during the whole school year. This assignment was made for us to experience how it is like to work on a triple-AAA game. Our game will be made in four phases: concept phase, pre-production phase, production phase and the final polish phase. After two phases, I left my team and I took a sabbatical due to Covid-19. Next school year I will join a new team on their production phase.

The first phase was all about research. As a team, we needed to know what the fundamentals are for a 90s shooter and how can we make it stand out. I looked at existing games to see what works and what didn't. Most of my research goes to the enemy AI and guns. I also helped a few teammates to concept the player's movement. For my AI research, I have edited THIS project to make it easier to visualize the token system of Doom 2016 to my team. Most of my research was important because it helped us to make decisions on how we want to shape the game. At the end of the block, I worked together with a few other teammates to create a final demonstrable concept gun. 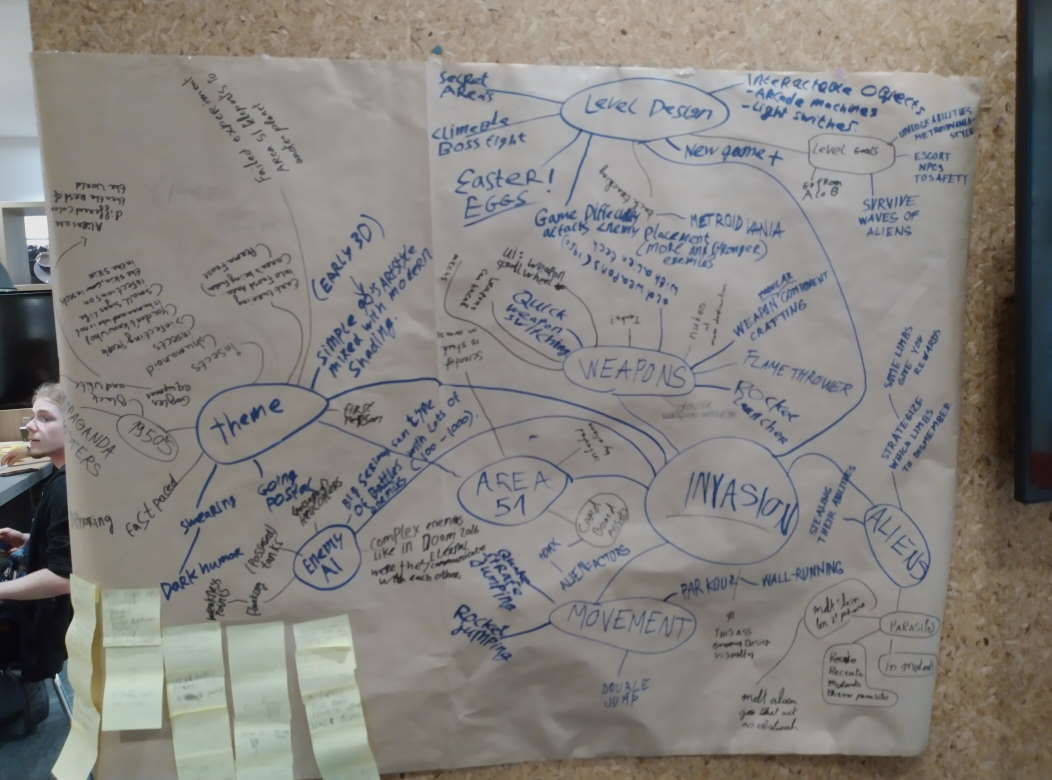 We started this block in small strike teams to create ideas for our shooter. At the end of the day, we made our own 3 game pillars and demonstrated it to our team members.
2 / 7 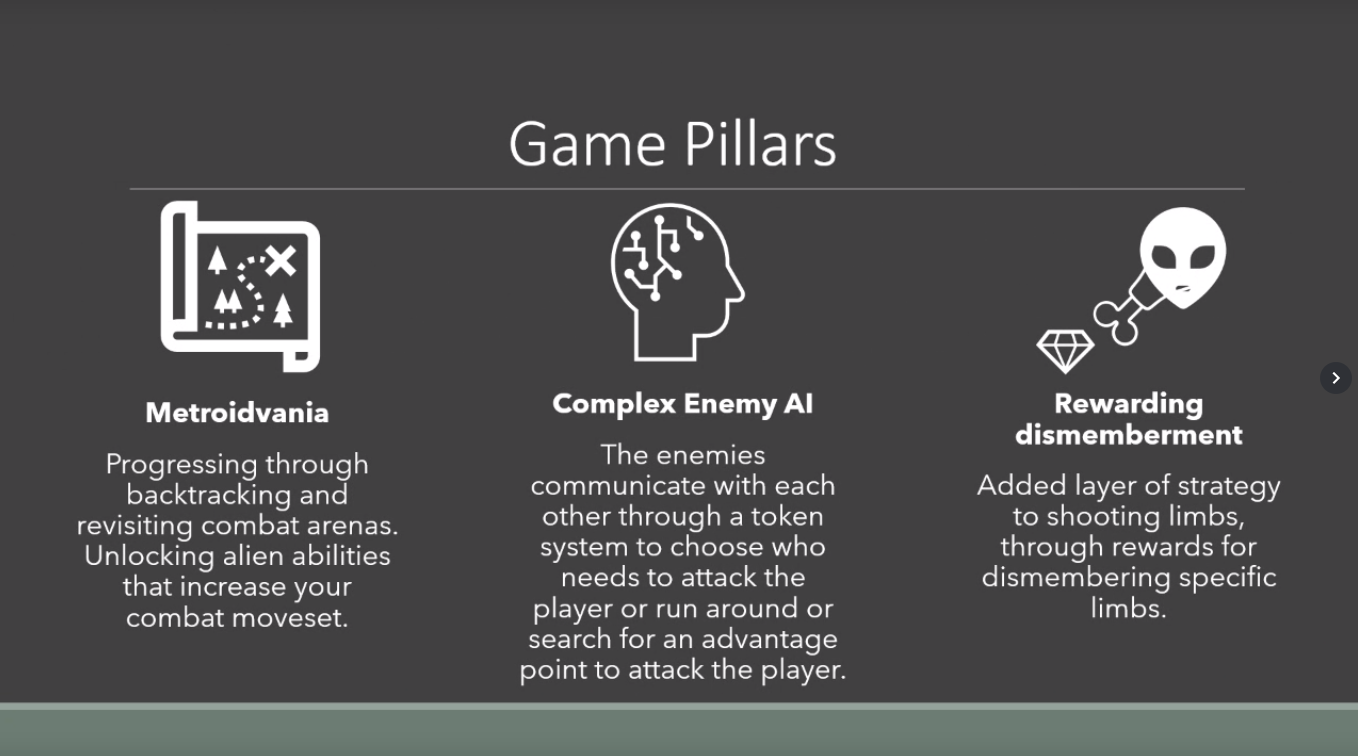 This is my token system demo. It demonstrates how we can implement the token system inside our game. My other images in this photo slider will show slides or parts of my research documents that I have made in this block.
4 / 7 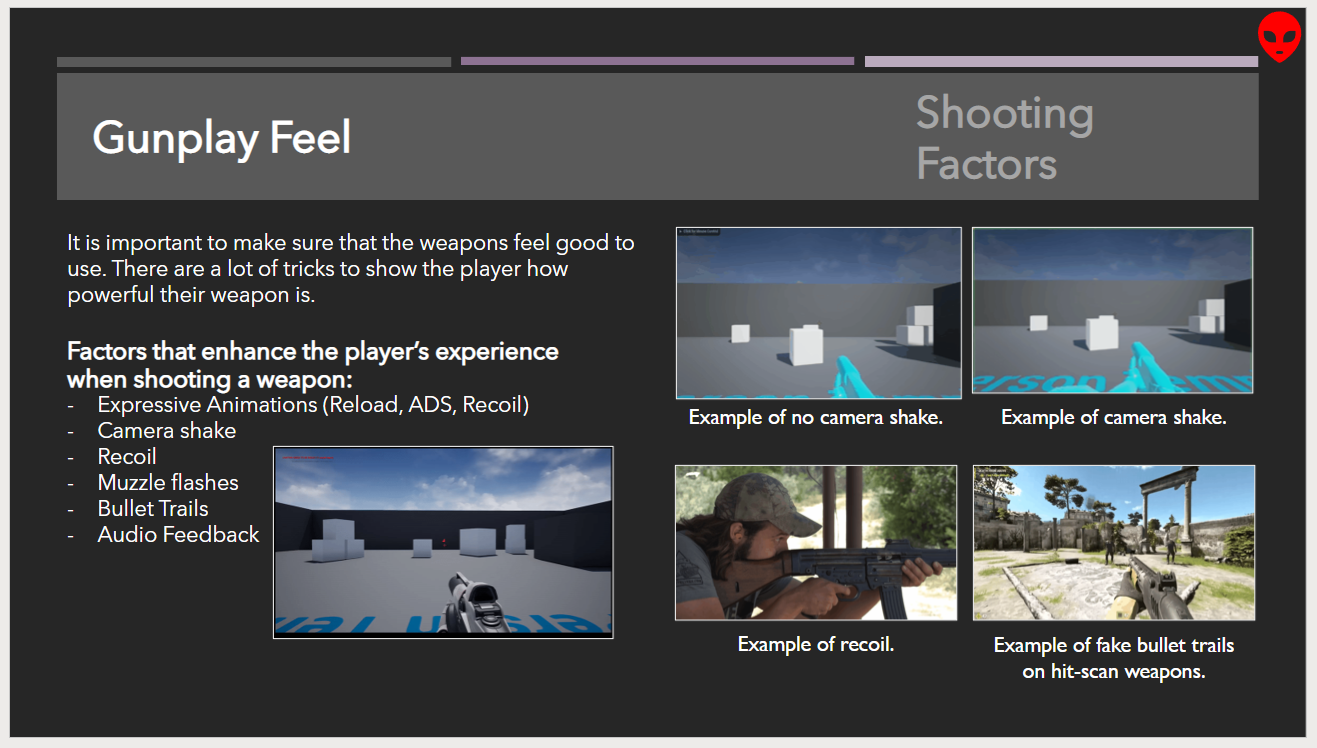 I worked together with a few other teammates to create a final demonstrable concept gun.
❮ ❯

In the pre-production phase, most of my time was spent on feedback meetings and working on the egg enemy. The egg enemy is an enemy that can be seen as a hazard. You spot it as an egg inside levels. When you walk too close, it will spawn an X amount of enemies (set by the level designers) that will start to attack you. When they touch you or get killed, they will explode.

You can play the complete game of "Alien Removal Division" on Steam.